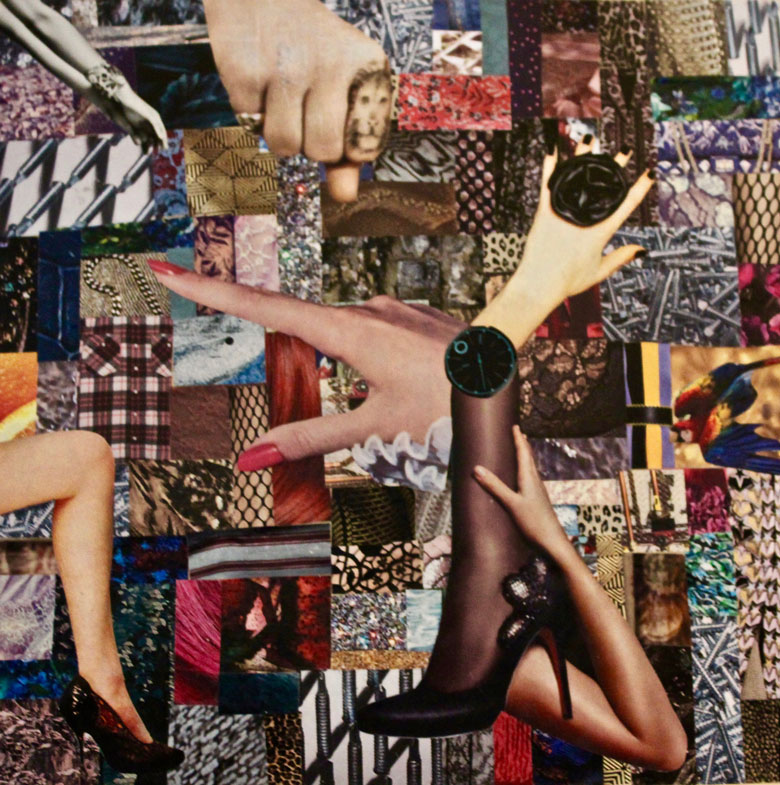 COLLAGE Courtesy of the artist.

Lately I have been thinking about which artists are remembered in the annals of art history and beyond and which are not. In Lynn Hershman Leeson’s 2010 documentary !Women, Art, Revolution, she asks visitors at the Whitney Museum of American Art if they can name three women artists. Very few could name any female artist except Frida Kahlo.1Despite the great strides that art historians, curators, activists, and writers have made to diversify the canon of art history, many important women artists have still yet to receive proper recognition for their innovative contributions, especially in the general population. One such artist is Dara Birnbaum. Have YOU heard of her?

The first class in my history of video art class at FAVA (The Film and Video Arts Society of Alberta) focused on the 1970s and reminded me of how Birnbaum was doing things in video art that were way ahead of her time. Birnbaum often sampled segments from popular culture in her videos as a means of critiquing how women are represented in mainstream media, especially television. Her legacy can be seen in how we create videos today such as mash-ups of popular culture on Youtube.

One of my favourite Birnbaum’s pieces, and likely her best known work, is a 5:45 minute video art piece titled Technology/Transformation: Wonder Woman (1978-1979). She samples, remixes, and repeats clips from the television show Wonder Woman that aired from 1975 to 1979 to create a feminist critique of the sexualization of the iconic superhero. Birnbaum describes the piece as an “altered state [that] renders the viewer capable of re-examining those looks which, on the surface, seem so banal that even the supernatural transformation of a secretary into a 'Wonder Woman' is reduced to a burst of blinding light and a turn of the body — a child's play of rhythmical devices inserted within the morose belligerence of the fodder that is our average television diet.”2 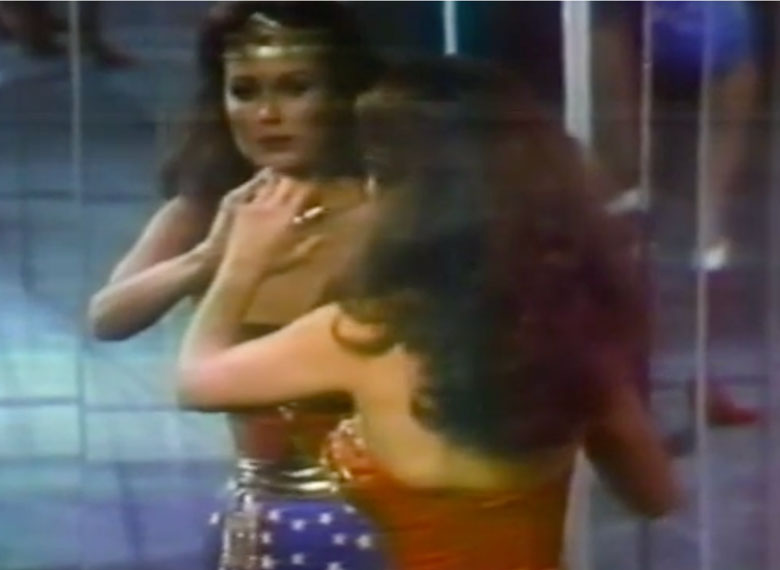 When I was a kid I absolutely adored the Wonder Woman TV series. To me, she was an aspirational, kick ass, female warrior. She made me believe that I too could harness my abilities, escape the limitations of the small town I lived in, and become a superhuman, powerful force one day. Birnbaum’s video provided me with an opportunity to look at Wonder Woman from a much more critical vantage point.

The video begins with a repeated explosion, followed by Diana Prince (hair in a ponytail, holding a hand bag, and dressed in office attire) spinning over and over and over again until she turns into Wonder Woman. She transforms into her iconic skimpy outfit complete with golden lasso and bracelets and long flowing hair. Cut to a repeat of her running through the forest and then she spins some more as we hear the words Wonder Woman sung also on repeat.

The repetition in Birnbaum’s piece draws attention to the formulaic structures and narratives of episodic television from the 1970s. Every crime is solved and every bow is tied up by the end of each episode and then repeat for the whole season. I think that Birnbaum’s excellent video editing also calls attention to the ridiculousness of Wonder Woman's outfit, one that not only hypersexualizes her but is just down right unpractical for the job of crime fighting. (Although I certainly would love to have some bullet proof bracelets and a lasso that makes people tell the truth of my very own. Those are some bad ass accoutrements!)

The video ends with lyrics from Wonderland Disco Band’s Shake Thy Wondermaker! sung and scrolling up along the screen. The words move at a slow pace typical of video art from the 1970s that sought to challenge the attention spans of viewers and produce an alternative to mainstream media. The breathy, porno oohs and aahhs and lyrics further depict Wonder Woman as a sex object: “This is your Wonder Woman talking to you. Said I want to take you down. Show you all the powers that I possess and make sweet music to you baby. I just want to shake thy wonder maker for you. Make it feel real good for you.”

In Technology/Transformation: Wonder Woman Birnbaum questioned why our female superheroes are represented in these ways. Watching Diana Prince spin again and again, I am led to think about why she doesn’t put her hand bag down before her transformation as that would be much more practical. As superheroes have become once again incredibly popular in recent film and television, the questions that Birnbaum raises are still pertinent. Why do female superheroes still have to be sexualized, scantily clad, thin, two-dimensional, stereotypically beautiful characters in order to be powerful?