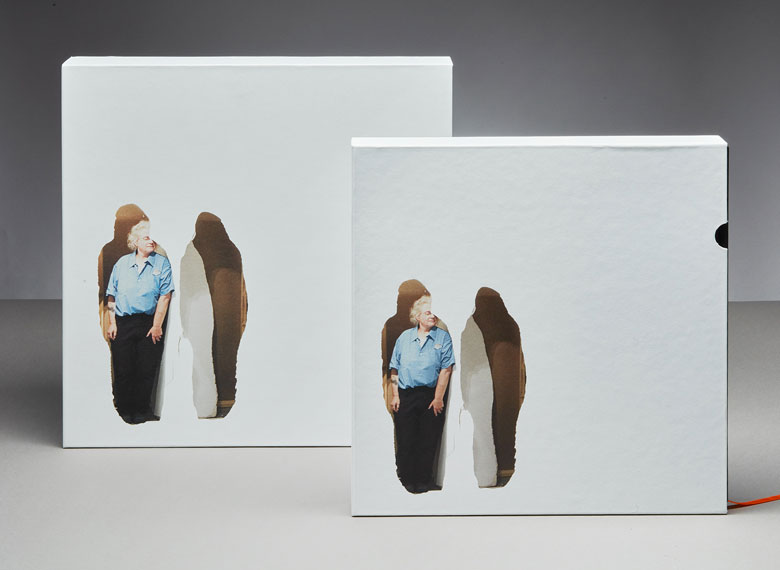 Canadian Artist Rita McKeough makes work that lies on the threshold between reality and fiction. From punk operas to hot dogs tucked into miniature hospital bed sculptures, to chaotic sound sensoriums and giant costumed squirrels repairing discarded cell phones as a performance, McKeough works multi-modally and intensively. In the 2018 extensive monograph Rita McKeough: Works, edited by Diana Sherlock, we are invited into the artist’s world and many processes. It is a critical survey of McKeough’s rich career documenting her expansive practice.1Drawing on interviews from the artist and contributions by long admirers, fellow performance collaborators, colleagues, and friends, this publication documents McKeough’s unremitting evolution and prolific artistic trajectory. 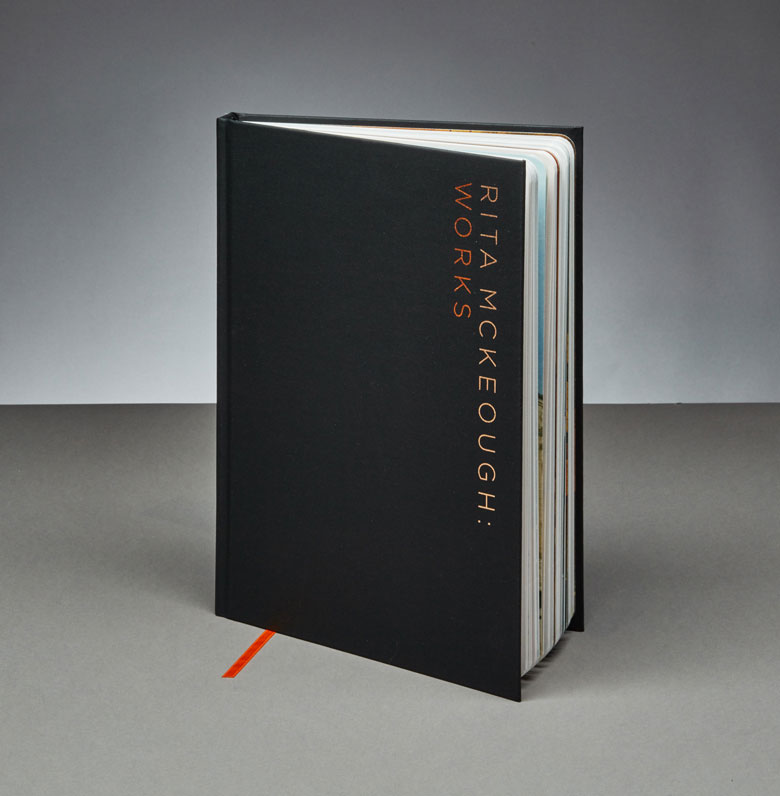 McKeough’s pedagogy remains sagacious, reflecting the deep, fierce, and interdependent nature of her practice. With origins and influences deeply steeped in the alternative music scene, punk performance, and queer feminist affect, McKeough employs tactics of empathy to dismantle oppressive systems and articulates resistance in both the human and non-human world. Her careful outlook on nature and the anthropomorphic collaborations that ensue, contrast with the anthropocentric and colonized foundation blocks of our current climate.

With origins and influences deeply steeped in the alternative music scene, punk performance, and queer feminist affect, McKeough employs tactics of empathy to dismantle oppressive systems and articulates resistance in both the human and non-human world.

In McKeough’s performance Long Haul (2006), she co-performs with her blue spruce counterpart Bee, in a motorized container around downtown Toronto. In this collaboration, she is interlocutor and guide, combing through the downtown core communicating and listening deeply to the knowledge that her fellow performer offered about its needs to gather light, space for roots and air for optimal living conditions and survival. In her essay, Johanna Householder describes how McKeough cleverly employs an element of humour as an access point to understanding the position that nature has within an urban and city environment.2At best, McKeough brings others from the outside in and facilitates an atmosphere of both empathy and intrigue. 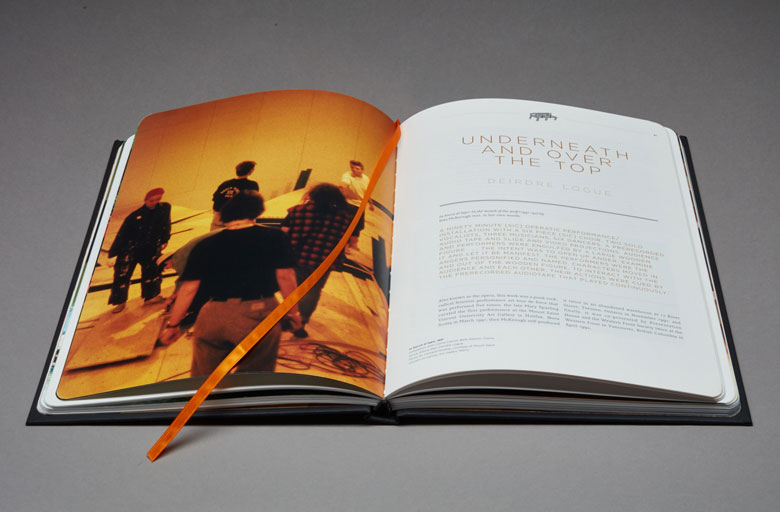 From exposing violence in the domestic realm to musing about post-apocalyptic futures, one cannot help but notice a speculative world where a human presence is redefined over time by McKeough. She engages others in her work but also utilizes her fluid identity in her performance art. This is best demonstrated by McKeough’s use of collectivity and assembling of others to mobilize and transform those within the performance arena. In bocca al lupo - in the mouth of the wolf (1991), McKeough galvanised seventeen singers, musicians, activists, artists, and performers to commit to a project addressing violence against women. In this punk-rock opera, each performer was assigned a various role to be performed over and over again and by doing so, adopted its feral shape. One thing is certain, each individual performer was integral to the success of the opera by sharing a space to make visible the trauma, hysteria, shame, and depression that misogyny inflicts onto the femme gendered body. By employing queer affect and making these abject human feelings seen, the opera digested taboo content and brought it into the awareness of the public sphere.3In this performance, an individual trauma was collected, felt, and shared. As fellow performer in the work Deirdre Logue attests, “The opera depended on our collective corporeality, our communal bodily knowledge, to make out collective trauma visible and undeniable...There was also the cost of participating in a nonconforming art form and life; the ongoing erasure of our positions and our collective politics as artists and gender queers. This is maybe why so few wrote about this ground-breaking Canadian performance at the time. It is too often missed in the histories and not visible enough in the feminist and nascent queer genealogies of performance art.”4The opportunity to harness accountability led to transformative experiences by those who were brought into the performance. 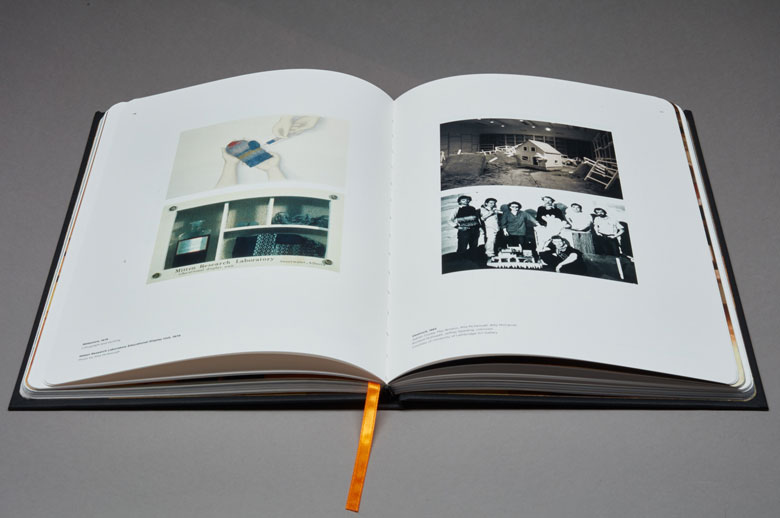 Inclusivity is a potent agent for change and McKeough has been influenced since the beginning by her activist roots to bring matters of concern into the realm of art-making. The authors of Rita McKeough: Works explore the eventual collaborations with technology that emerge in her work and McKeough’s technical direction leading to animated anthropomorphic sculptures. McKeough’s strategies are varied, but her logic remains grounded in the emotional quality of bodying-thinking-feeling. Numerous contributors to this volume attest to McKeough’s capabilities and how she has positively affected the communities she brings together. 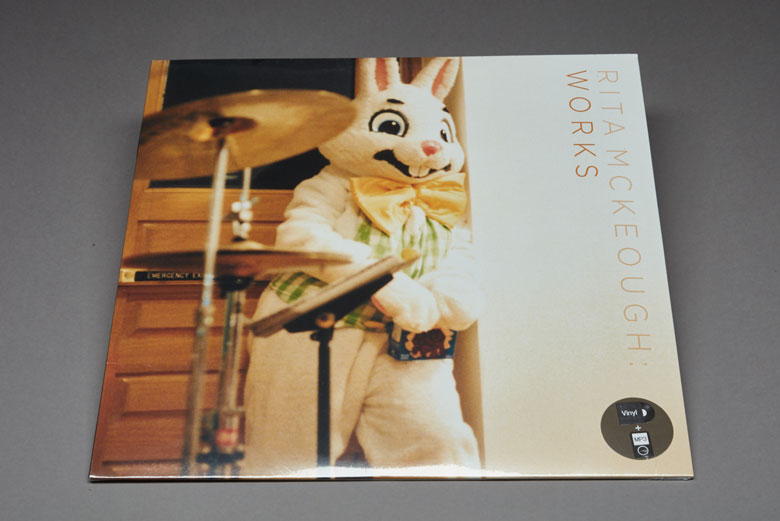 The vinyl record accompanying this publication is a bonus addition and features sound works from various performances and installations. Listening to the various sound pieces brings another understanding of the deep structures of sound and context within McKeough’s work. I was most affected by Shiver (1995), a choir of singers choreographed by the artist to produce a somber sound piece that utters wordlessly the violence and grief inflicted by those who survive violence. Restless voices and manipulating pitches extend into otherworldly cries that elicit a visceral spine-tingling response. By thrusting us into possible futures through her sound work and installations, McKeough immerses us into a world of wonder that suspends us from the nervous tension of living under our current times.

This visually rich publication is unequivocal in its own right and long-awaited. The interviews, photographs, drawings, and essays assembled in this highly anticipated monograph are a powerful critical study of McKeough’s practice and highlight a prolific career whose reach extends from coast to coast and beyond. Rita McKeough: Works is a significant compilation documenting the many artworks by McKeough and their influence as attested by the many authors who have contributed. Needless to say, this is a staple publication situated within its rightful place in the history of Canadian contemporary art.

The Darkened Room and Reflected Magic: Donald Lawrence and the Camera Obscura