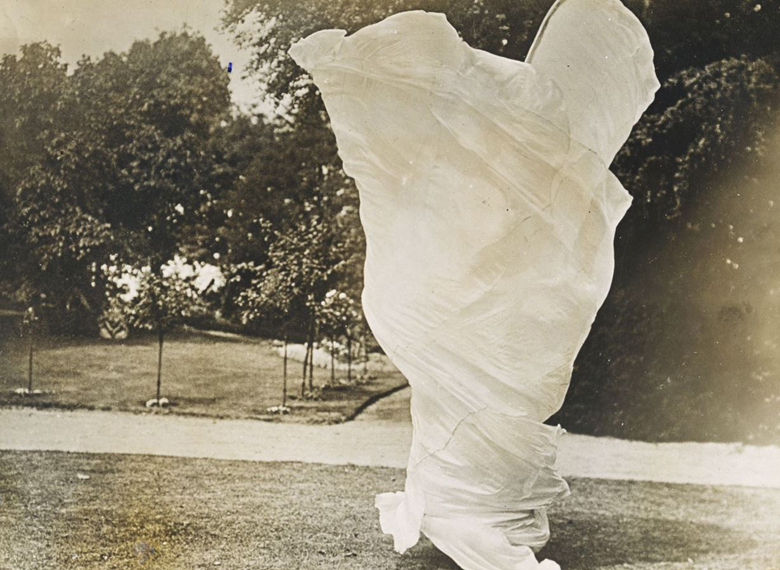 I’ve been thinking a lot this week about an article by Malcolm Gladwell, published in The New Yorker in 2010. “Small Change: Why the revolution will not be tweeted,” although it was published some seven years ago, feels more relevant now than ever. Gladwell makes the distinction between movements through history that have been driven by strong and lengthy social ties, and movements associated with weak or low-risk social ties: internet-based media. He outlines the organization of the 1960 Greensboro sit-in in, the Mississippi Freedom Summer Project of 1964, and the Montgomery bus boycott and subsequent free alternative carpool service that lasted not a night, not a week, but a year. Gatherings of like-minded high-risk protesters were hosted weekly in Montgomery, Alabama—on Sundays—at a network of local black churches serving as civil-rights hubs. These face-to-face weekly meetings created what sociologist Doug McAdam calls a “strong-tie” phenomenon.1

Ties made through social media however—groups on Facebook, Twitter hashtags, Instagram private messages—are low-risk, with a low level of accountability. While they succeed in exposing a User to new ideas and information, the non-hierarchical structure and disorganization of these weak-tie online networks “seldom lead to high-risk activism.” Despite this, activism continues to shift from physical to online. A 2001 study by the University of Amsterdam showed that online activists believed their media-based acts of protest were more effective and essential than physical ones. The study suggested this was because the Internet promotes a non-hierarchical distrust for other identity-fluent Users, and therefore independent cognition. Individuals have equal status on the Internet. Without a leader or group commanding popular thought, Users are are forced to analyze facts themselves. This sense of ownership gives the online activist ultimately more satisfaction with their actions, whatever the physical palpability or actual effectiveness.2

This is a hyper-political era. Individuals in and out of the arts are looking to effect change, to make our generation the one to cement the value of diversity, inclusivity, and reconciliation—despite what Gladwell might call the disability of the Internet. And yet, how can we create the “strong-tie” relationships necessary to make sustainable societal change without structure, accountability, or a physical hub?

I am thinking about all of this in terms of contemporary film and media art. There has been an increased interest in ‘aliveness’—physical movement, the tactility of emulsion, scratching, dipping—attempting to recapture the physicality of life in whatever way we can, as hard as it is. What if this is an attempt to overcome a “weak-tie” epidemic, to re-discover our physical effectiveness as a network of people?

Issue 009 revolves around the ramifications of physical encounter; escape and presence wrestle one another between the ropes of self-satisfaction of escapism and strong-tie relationships of reality. In this special seven-article Alberta Biennial edition of Luma, we cover three artworks by Albertan artists exhibited in the Biennial; Adam Waldron-Blain writes about the joke of surveillance, and ‘finding yourself’ through Craig Fahner and Neal Moignard’s misguided internet portal; Areum Kim writes about Devon Beggs’s effort to transcend the present, and exist in something beyond, something ecstatic; and Maeve Hanna describes Justin Patterson & Stacey Watson’s Object Vocation at the Walter Phillips Gallery—an absurdist escape from reality, and the real-life purposes of object. I find it interesting that these three works, representatives of our time, in our place, the crystal ball for our present geographic socio-political climate, are all absurd efforts to escape. If art is our crystal ball, like I’ve always thought, it is telling us that what we need for the time being is refreshment.

Also describing a desire for escape is Mikka Jacobsen’s “St. Martins, New Brunswick.” Luma commissioned a creative fiction piece by Jacobsen in response to Maryse Larivière’s 16 mm film Under the cave of winds at the Untitled Art Society. Her response parallels the feeling of entrapment in the film, and—like so much of Canadian film and fiction—interacts with the landscape and written word as if they too are alive. Bryn Evans sees the works of Michelangelo and Hokusai at the Eau Claire Cineplex while sipping a Root Beer, and compares the physical and cinematic experience of art. Continuing the exchanges between the live and non-live, Sarah Todd writes about Derek Liddington’s exhibition at the Southern Alberta Art Gallery, which takes its point of departure from the Ballet Russe. Video, sculpture, and textile all share the same plane; activity and non-activity, object and living body are layered, until they are reversed. And finally, I interview Aran Wilkinson-Blanc and Sabrina Naz Comanescu about their new film, Bonum: a choreographed dance-allegory of complacency. What if dance, the most literal physical art between individuals, is an example of strong-tie phenomena, the most viable of mediums to enact sustainable protest? I think about Tanya Lukin Linklater’s Slay All Day. Could it be that dance—the moving-image of standing, just as film is the moving-image of photo—is the ultimate refreshment, the most total rebellion against an escapist disembodiment?