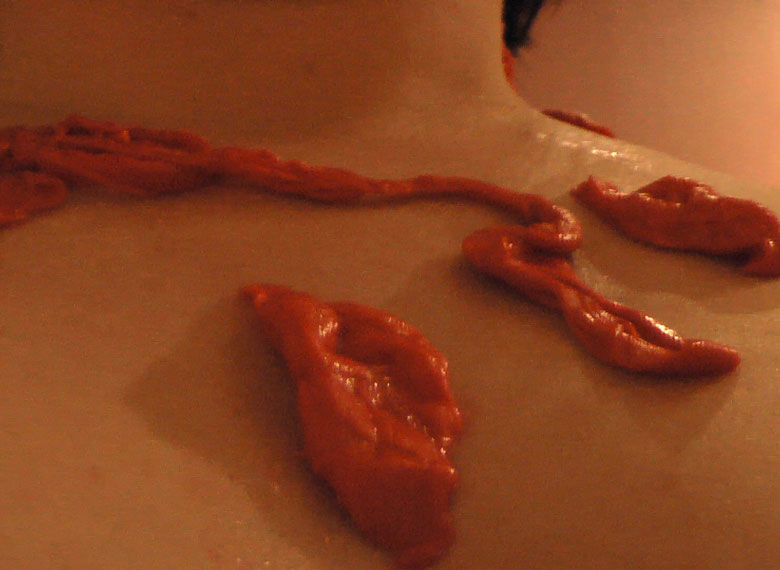 STILL Courtesy of the artists

The Power of Discomfort

This issue of Luma Quarterly looks at film, video, performance, and media art grounded in a sense of discomfort. Whether it is the abject, ejaculating cactus in Matthew Rankin’s The Twentieth Century, the disturbing bodies in Mona Hatoum’s videos, Alice Schoenberg’s Superwoman character, the violent overthrow of suburbia in Red Letter Day or Brad Necyk’s To Witness series, art challenges viewers to rethink the world from different, and at times uncomfortable, vantage points.

I recently showed Gustave Courbet’s painting The Origin of the World (1866) in my late 19th century art history class and I was amazed by how uneasy it made my students. Many of them were looking anywhere but the screen. The painting shows a hyper realistic close up of a woman’s body from breast to mid thigh, her genitals in the centre of the composition, complete with pubic hair.1It was incredible to me that in this age of readily available pornography, this painting could still shock my students. One student commented how it is still unusual to see an image of a woman with pubic hair. When I show students artworks that I think might make them uncomfortable, be it video works about residential schools or performance art that pushes the boundaries of propriety, I ask them to think about what is making them uncomfortable. I tell them to not immediately dismiss the work because it makes them feel that way, and to think about why they are having the reactions they are. There is power to be found in that feeling of discomfort.

Performance art has often been grounded in discomfort, making viewers have real time, embodied experiences in relation to the body of the performers. My first performance art piece was a six-hour performance at the Art Gallery of Alberta with Julianna Barabas. We sampled, paired, remixed, and reframed iconic performance art works from 1965 to the present. Julianna was nude throughout the performance. I was not. Throughout the day, people would come into the exhibition space, see a nude woman, and some would immediately turn around and walk away. I was surprised by how many people were unwilling to engage simply because there was a live nude female body in the room. The above image was part of a remixing of Marina Abramovic and Ulay’s Imponderabilia (1977) and Hannah Wilke’s SOS Starification Object Series, 1974-1982.2We sat across from each other in a doorway, so that viewers had to pass between us. We chewed pink gum and stuck it upon each other’s bodies. As the still from the video of the performance shows, a piece of chewed gum, in the context of art, can become an alien, slimy, mysterious substance. Performance art often plays with a feeling of being ill at ease for both performers and viewers.

Horror films, television, and literature also harness the power of discomfort. Horror forces us to be in an uneasy zone. Director Jordan Peele’s 2019 horror film Us is a perfect example of the exploration of discomfort. He creates a world of creepy, violent doppelgangers that disrupt a family’s vacation. Typical of many horror films, the supposedly safe space of the home is transformed into a horrific nightmare. For some there is a thrill in this type of fear, for others it is too uncomfortable to bear. Perhaps time-based media, such as film, media art, and performance art, have a particular affinity with discomfort since they happen in real time, drawing us completely into other worlds where discomfort has full reign. Like horror films, visual art can provide us with a safe space to feel uncomfortable and maybe even work through those feelings.