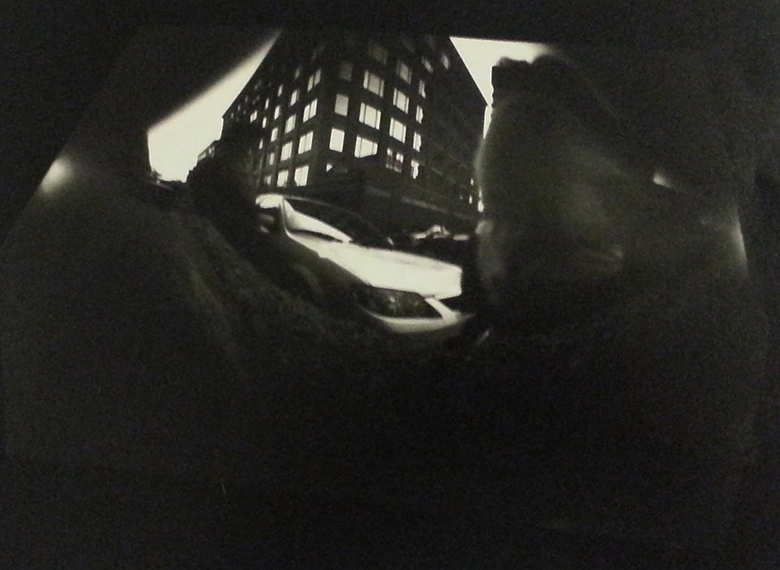 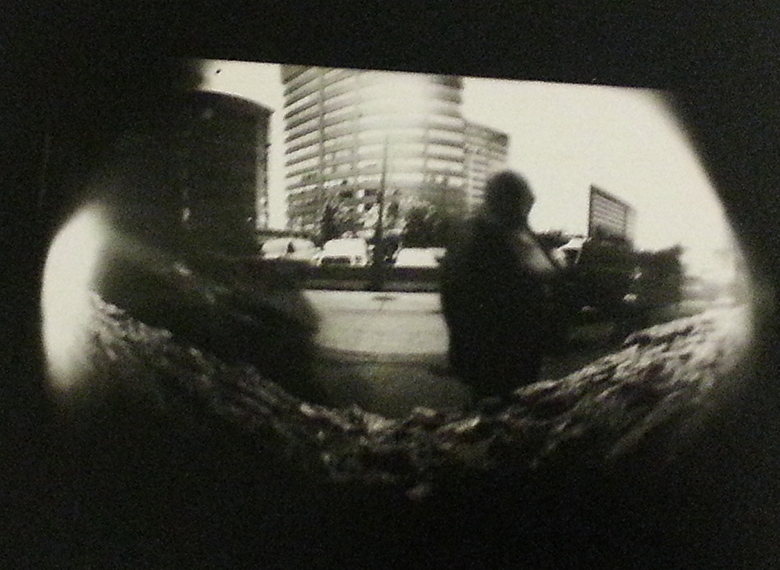 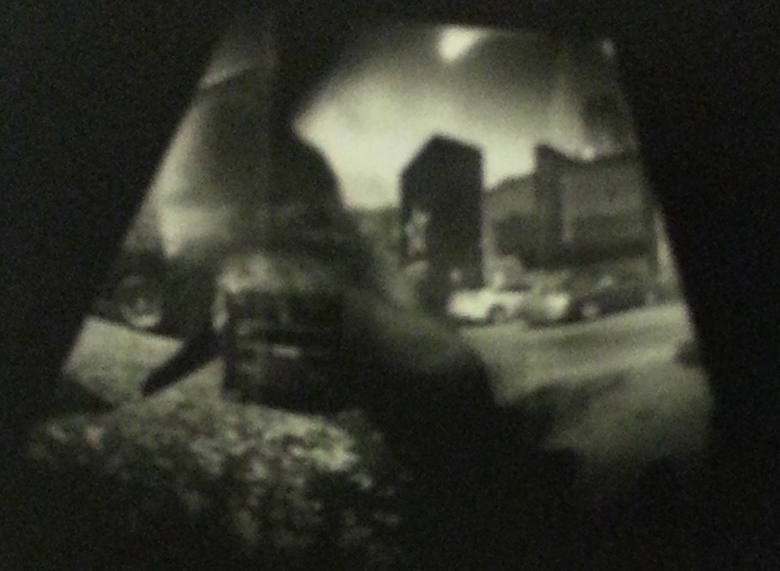 Artists: Heather, Joseph, Cindy, Melanie, Chris. This work was produced in the Exposure to Photography class at Studio C (a Prospect Project) in 2014, with the support of the Untitled Art Society Darkroom and the pinhole know-how of Michelle Rainey and Tekoa Predika.

It is a policy of Studio C and Prospect Human Services to refrain from giving artist’s full names in order to protect the identity of their students, as they are considered vulnerable persons.

Visual art—often dense with cerebral and verbose theory, filled with coded imagery, or just plain self-indulgent—remains an inaccessible mode of expression for some. Technical, monetary, and creative challenges often prevent developing artists from becoming confident in their practice, or acknowledging value in their work beyond the enjoyment of the process. For analogue photography, while cameras themselves can be acquired easily enough, their operational knowledge, and the process of developing film, is no longer common. Delving into contemporary analogue photography is as much about the science as it is about the result. But without the tools needed to grasp the mechanics of a camera, or the complexities of traditional chemistry, this art form finds itself available to an increasingly select few.

Even when cameras were large and finicky, and developing chemicals were expensive and toxic, photography opened up the possibilities of portraiture and landscape to the middle and working class. It didn’t require the time and skill required by painting, or the financial means necessary to hire a portrait painter; it was the people’s medium. Then with the development of the plastic toy and eventually the point and shoot camera, photography was finally made ubiquitous. With the digitization of photography, and the internet-lead dissemination of digital visual media, the analogue process now finds itself slipping into the realm of the “elite.” We, virtually all photographers now, are faced with the challenge of the relative inaccessibility of film photography. If we wish to advocate for analogue methods of making, should we seek out the means for it to remain accessible?

...the analogue process now finds itself slipping into the realm of the “elite.” We, virtually all photographers now, are faced with the challenge of the relative inaccessibility of film photography.

In my opinion, we should—always. I began to teach analogue photography to a group of artists finding themselves on the fringes of nearly every single facet of society, individuals with physical and/or developmental disabilities. Our project, however, posed some challenges. With only six short weeks together, we didn’t have enough time to address camera mechanics or printing from film thoroughly enough to enable the participants. We were also on a tight budget, many of the participants lacking the financial means to purchase a 17-dollar disposable camera. So, we skipped all of that and went back to the root of photography: the manipulation of light. All we needed was some black paint, a few containers, electrical tape, and, most importantly—a pin.

Setting out not to seek technical perfection, but to celebrate experimentation in all of its distorted and technical “imperfection,” the only goal was to produce an image, however indiscernible it may be. Pinhole photography not only accepts but even works to enhance the so-called flaws of the image. The household objects we used to make the exposures brought their own properties to each image, resulting in quite unpredictable effects, even to the most experienced photographer. Without a lens’s fine-tuning capabilities, we had only the exposure to control. Without film, only the contact print. It was simple, direct, and magical. The beauty of the hand-made pinhole is that, regardless of one’s technical expertise, the camera enables the photographer to capture light, openly sharing one of the most elemental and numinous pleasures.

The true people’s camera is not a camera at all, but a collection of household supplies and a centuries-old understanding of what light can do. The process itself, carrying weight in both an art historic and contemporary art context, enables students to participate in those dialogues rather than defaulting to the outsider artist silo. It doesn’t require meters, buttons or even more than basic dexterity. The images produced, however, are no less valuable than those the result of expensive equipment and generations of technological global development. Like the people who created them, these images are honest, direct and unexpected.